Change your Life by Changing your Tribe 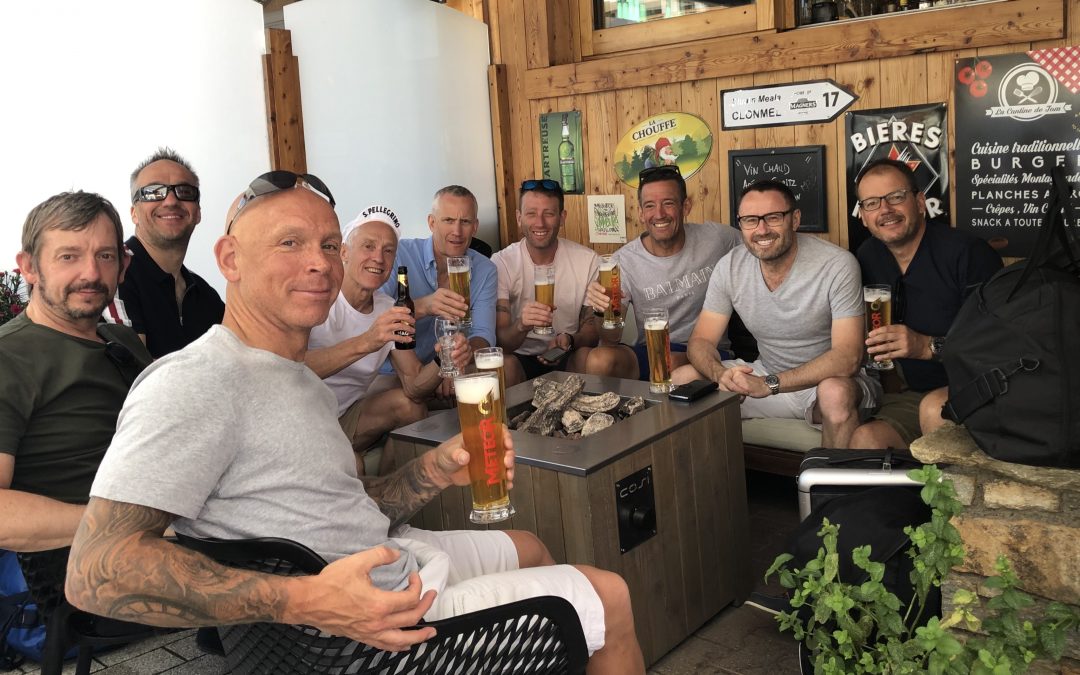 As I cleared airport security a text message arrived which read “We’re in Starbucks” and that was my first thoughts that this might just be a different kind of weekend to what I’m used to with “the lads.” 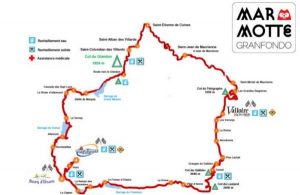 I knew what was planned for my three days away in France, but it didn’t take away the nervousness I couldn’t help feeling, from meeting eight men at the airport. The trip was to ride the “Marmotte” – a gruelling 174km, 5000 metres of climbing cycle race in the French alps. This was my first gigantic foreign sportive, and from what I’d heard it was bigger and more brutal than any other. I was very excited. Nervous but excited.

The cycle event however, was not where most of my nerves stemmed from; but more to do with going away with 8 other men, only one of which I knew. Those of you that know me, will recognise as me as somebody who is confident, articulate, can hold his own, and who enjoys talking to, and meeting new people, so why should this be an issue, particularly as it was going to do something I love so much?
The nerves came because historically I know what follows once I meet 8 men at the airport – carnage then depression!

In my near 48 years on this earth I have had some absolutely brilliant times with my friends.

When we are out or away on drinking holidays we have had some A1 laughs. I would not swap what I have been through with them for anything as I love them and we have each other’s backs. In this respect it is hard to choose your tribe….they will always be my tribe… they are my brothers.

But…. I’m getting older. When we were younger nothing mattered. We’d get smashed 2, 3, 4 times a week and it didn’t matter a jot. We all did it, and it was hilarious getting into an altered state of mind and up to mischief. It was super fun. It wasn’t escapism, it was in the moment fun and we loved it. I’m sure every one of us has experienced this, but also found out that the more we indulge in something (particularly substances i.e. alcohol, nicotine, sugar, caffeine, recreational drugs) the less fun and pleasure it continues to gives us, and the highs we seek, never quite return the way they first were.

Since turning 18, there is a historic expectation that when myself and my friends get together, we still drink!  We might watch the match or go for a hike, or a meal or something alongside, but it seems expected by all of the group, that we have to drink, and drink heavily. It’s what we have always done, and I certainly would still feel intimidated to challenge that cycle.

So, when I met this new group at the airport, all I could think was, that sometime soon, there would be the same expectation to drink heavily.

I walked up to Starbucks in the airport, and met the men I was about to spend the next three days.  Every one of them was drinking coffee.

I sat quietly and listened to them talk about bike racing, before we got on the plane where we drank water.  A few were munching on wheat and sugar by now, but I decided to keep my mouth shut about that topic. Best get settled in first!

After we landed we had a 3 hour drive to the resort where most of the conversation again centred around bike racing. It was brilliant!

When we arrived at our chalet I think what followed, will be something that stays with me for life. What normally happens on my lads trips of course, is within 10 minutes of resting my suitcase on the bed, the call is to be in the bar, and on the ale again.  This time however, the shout goes up to have kit on and be out on the bikes in 30 minutes.  I couldn’t believe it!  This was great.

Because the Marmotte in two days was so hard,  it was advised we ride the Alpe steady but have you ever told a kid to sit still and behave itself in a toy shop?  No chance for me, and I was off up that mountain like a dog after rabbits. If ever you had to choose your tribe, this is the one for me for sure! I swear I was the HAPPIEST I’ve been in a good while. It was incredible.

Oh and I’ll sneak in here that I was first to the top, won in a cagey battle over the last km and this undoubtedly made my day even better. When we returned to base it was around 9pm and we sat down to eat (food cooked by our in house chef) as a group, discussed the ride and with a single beer or glass of wine each we were in bed by 11 excited about another day’s riding in the morning.

We drank when we had earned it!

I won’t talk about every mountain top finish or add cycling terminology to this story but suffice to say that was the flavour of the whole trip and we all rode a stormer on the day of the main event. Job done and tremendously happy we all were as a result. We’d worked so hard over those 3 days that on the last day we kicked back and relaxed. THAT is when the beers came. THAT is when we had EARNED our Kronenbourgs and my did they taste good! Steak, beer, wine in a French alpine ski resort on a beautiful sunny June day with the guys was a perfect end to the trip. We didn’t get messed up as there was no desire.

Just a massive laugh and top banter before shaking hands after the flight home and saying goodbye until the next time.

All the fears I had about the ONLY way to spend time with other blokes of being on the booze were over and I realised I could be super happy doing what I want with others that shared the same interests.

So where’s all this going? 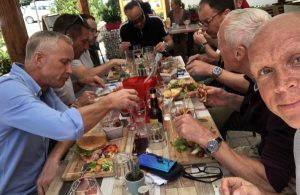 Because of my experiences, I spent time asking men, researching and discovering that there were a lot of others out there just like me. Middle aged men who have solid decent friends, but quite often they only drank together.  The more this social activity became the only social activity they shared together, the more this lead to feelings of dissatisfaction, poor health and a loss of what to actually do with their friends besides go to the pub.

The media, alcohol and pizza companies, and society at large, suggest that we should behave this way when we are together in groups, but it doesn’t have to be that way.  We can take back our health. We can own our fitness, and we can own our happiness too. It doesn’t mean we are weak if we want to shave our legs, dress in Lycra and ride on two wheels instead of scoffing a kebab at 2am. It doesn’t mean we ain’t geezers if we choose to hike in the hills dressed in Berghaus oppose to sinking 10 pints of Stella in the Dog & Duck. And it certainly doesn’t mean we’re not warriors if we choose martial arts over ordering a Dominoes for half time.

Male suicide accounts for three quarters of the national rate and has been so since the mid 1990’s. This is particularly the case in the ages 45-49. https://www.ons.gov.uk/peoplepopulationandcommunity/birthsdeathsandmarriages/deaths/bulletins/suicidesintheunitedkingdom/2018registrations

Obesity and alcohol consumption are the second biggest causes of cancer. https://www.nbcnews.com/health/cancer/fresh-look-cancer-shows-smoking-obesity-top-causes-n822836

So many of these issues are preventable. 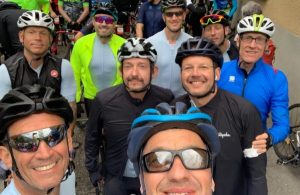 There is no question that it is just “not that easy” for so many.  There are so many factors that can add up as a perfect storm, to leave someone destitute and in the depths of depression, feeling like they have no where else to go.  I cannot talk as a mental health expert, only as a health expert. There are so many statistics that point to exercise and friendship as being some of the best preemptive medicine that we have.  For those who read this article and it resonates with them, please think about how you can take some action before you are not in a place where you cannot.

Suicide and depression are both areas which have touched my life, and therefore subjects which I am passionate in helping to prevent.  I am always happy to sit with anyone or chat on the phone for FREE if it helps just one person to change their TRIBE and change their life.

Please get in touch with me by email or phone if you just need to chat through how you can start to make some small really positive changes in your life.