I Screwed Up. Again! 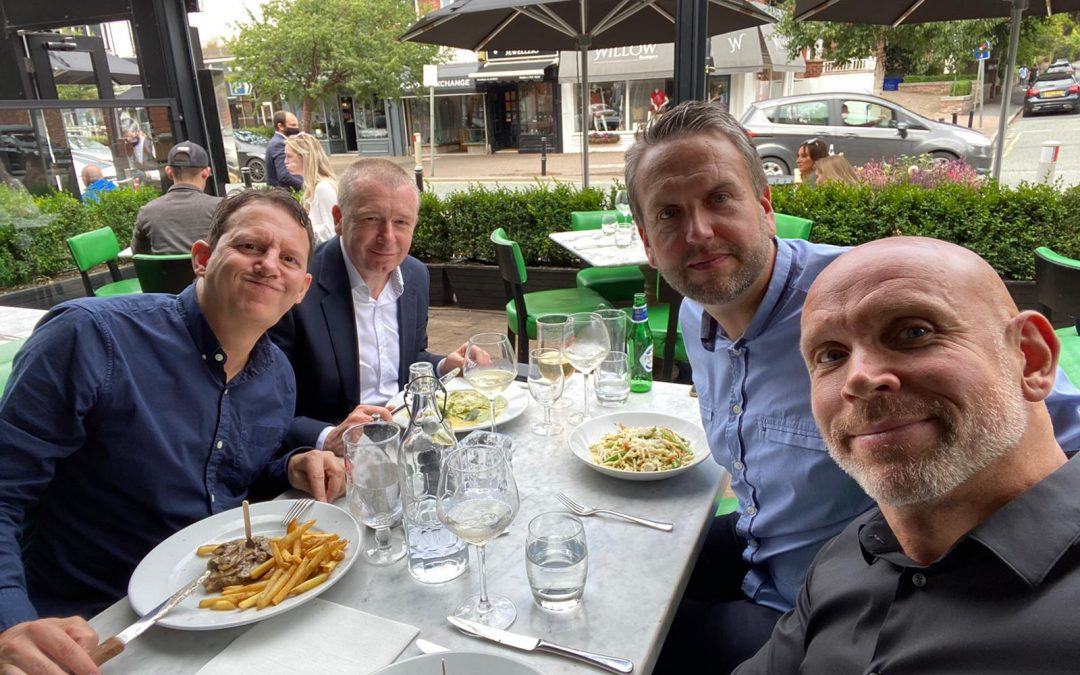 I went out with my mates on Friday afternoon and it turned into a huge drinking session. We didn’t intend for it to (yeah I know) but like it always does, once again it did.
We don’t see each other as often as we used to anymore and a large part of that reason is that the guys I was out with are my old school mates. Some of us have know each other over 40 years and when we were 15 we discovered booze together and that drinking culture has stayed with us ever since. We sometimes do other things but it’s mainly centred around a “session”.
It was me who called this get together and I had a plan. Friday afternoon and we will meet at 2pm. There’s a train going home at 19:56 and I’ll be on it after we’ve had good food, a few drinks and a lot of banter. I was even going to have the odd pint of water every hour to keep me in check.
The day was going well and my plan was working – up until 5pm when someone decided to get a tray of Sambuca and not long after that, another one. There’s no point talking about what happened after, largely because I can’t remember much anyway but the result was I finally got home gone midnight in a complete mess. 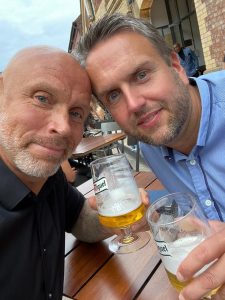 Now before you think I’m going to start preaching about how I’ve sinned, let’s make something very clear – we had a right laugh! It was so funny. Old memories talked about, new ones made, plenty of jest and just a brilliant day out together for a bunch of long time friends. It was great!
The following day however, is what I’m bringing reference to and that’s the bit that often makes us say “Oh god! I’ve done it again.” Especially if we are doing it too often like many of us are. Some of you reading this will be doing it more than once a week.
The following day was a write off and I don’t cope well with that. I achieved absolutely nothing besides putting a few tshirts away in a drawer and it was a day full of self loathing. I always wake early so even though I went to bed 4 hours later than normal I still woke roughly around the same time so was down on sleep. Then it began –
3 thick slices of toast with butter and peanut butter and a pint of milk.
Not long after cake the same amount of toast with a tin of beans.
Mackerel, salad and cheese.
Nuts and more milk.
A couple of energy bars I use for my bike rides.
Then to top it off, fish and chips from the chippy followed by a massive bar of chocolate. I don’t know how big but it was big.
12 hours of sitting on my arse looking at a tv, eating crap achieving nothing. That is the bit I struggle with and if I answer honestly – I knew that was going to happen the moment I went out on Friday.
So why did I do it?
It’s here we get to the point of how to do something about it – IF YOU WANT TO STOP DOING THAT EVERY WEEK.
I did it because it was fun and I got something from it: eating the steak and chips, drinking the beer, making fun, ordering the Sambuca. It was brilliant and I will do it again for sure. Those of us that behave like this all know it’s fun and that’s why we do it.
I used to live like this a little bit too often and knew it had to change because I couldn’t stand the written off days and anxiety over the next several. What’s worse is when the anxiety leads you to do the same thing again and again because it’s the only way you know how to cope. That’s when, as men we see increasing problems with dependency on alcohol, takeaway food, recreational drugs, caffeine and spending warm summer days indoors.
If you do live like this a bit too often and know you need to change the question then is how are you going to change? I’ll tell you the first part which is the very important and all too common reason for failure at changing – you cannot simply STOP! It won’t work and that’s because you have to fill the void with something else to do instead. You have to REPLACE that behaviour with something that gives you more of a high than what it is you are currently doing.
For me it was riding my bike with a different set of pals. Up early in the morning, out for 3-5 hours together, loads of banter, loads of fun, sit down for food together but with zero booze and zero hangover! What happened is I achieved the same result! I had a laugh with my mates. For me it is now the high of the next day that I care about MORE than the high of the night before and all its capers.

The unfortunate thing is that many of us have forgotten how good it feels to feel “normal” in the morning. We only know highs at night and seek to feel better by eating more sugar to recover.
This is why the TEAM MEN fitness programme was created because it gives men the chance to hang out in the morning and get high on banter, energy, games and exercise but at the same time have a laugh doing it. The end result of that is we are far less likely to then seek pleasure from other sources (usually destructive ones) later on in the day or the week.
I began writing this at 7.56am on Sunday. It’s now 8.28am and I’m recovered after 10 hours of sleep. I’m going to grab another cup of tea then put that chippy and chocolate to use in the back garden with a couple of heavy kettlebells and a set of burpees to finish the session off too!
Give me a shout and join in with me next time if you want.
Have a great day gents.